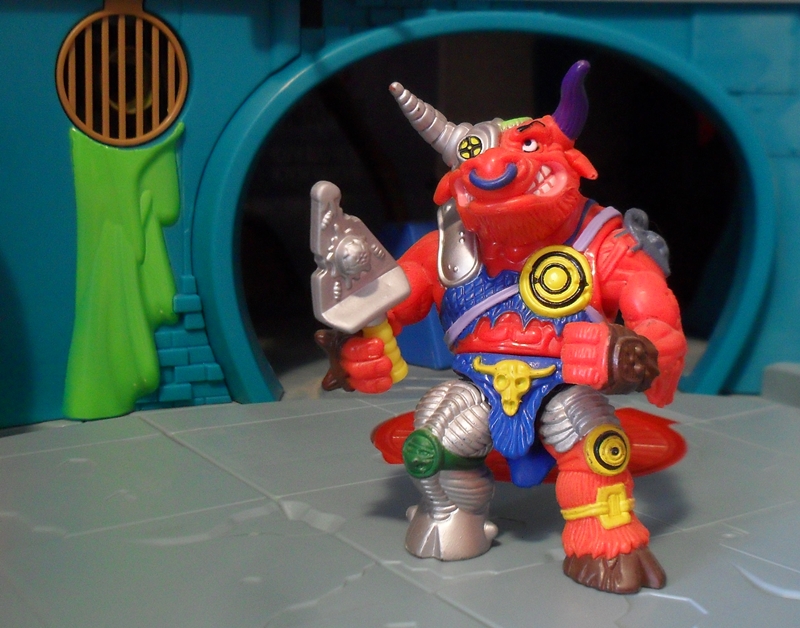 Next up in the mutant parade is an all time favorite – Groundchuk. A super awesome sculpt of a bright red mutant cyborg bull, who in the concept stage was called Bullseye. They probably didn’t use that name seeing as Marvel has a trademarked character of that same name.

The mix of colors on Bullseye – red, silver, blue and orange are gaudy and odd, but it works well. There is some purple in there too on just one of his horns making him look a real patchwork of a character.

Groundchuck was released as part of an expanded wave with some new freaks such as Pizza Face, Dirtbag and Chromedome and appeared along with Dirtbag in the Murakami Wolf animated show in S07e21 Escape from the Planet of the Turtleoids. 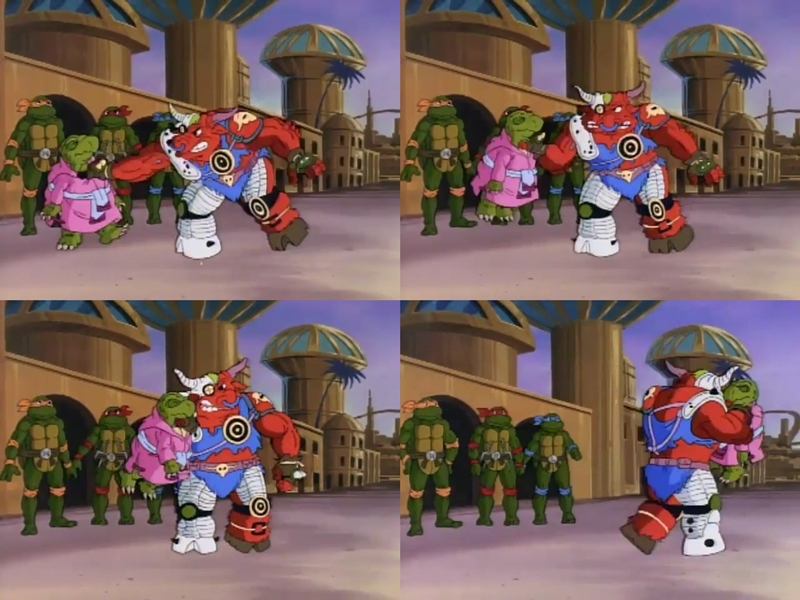 His file card art is rather stunning. To this day I crave a large hardcover high quality book reprinting all the concept art, file cards, box and bubble card art from the TMNT vintage line, but it’s unlikely to ever happen post Nick buyout.

Groundchuck did not appear in the Archie TMNT Adventures comics or get a Sourcebook profile, but he did appear as a boss in TMNT 3 on the NES.

Groundchuck appears in Teenage Mutant Ninja Turtles III: The Manhattan Project on the NES as a boss. A roller door winds up only after you walk past it, the boss surprising you in the style of Abobo in Double Dragon. His attacks mirror the Rocksteady charging pattern and his sprites appear to be a rework of Rocksteady.

Lots of TMNT villains appear as bosses in Konami TMNT arcade and console games, I only mention Groundchuck here as he is one of those characters that looks fantastic but was under-utilized in Turtle themed media. I’d love for him to appear in a new show or comic book. 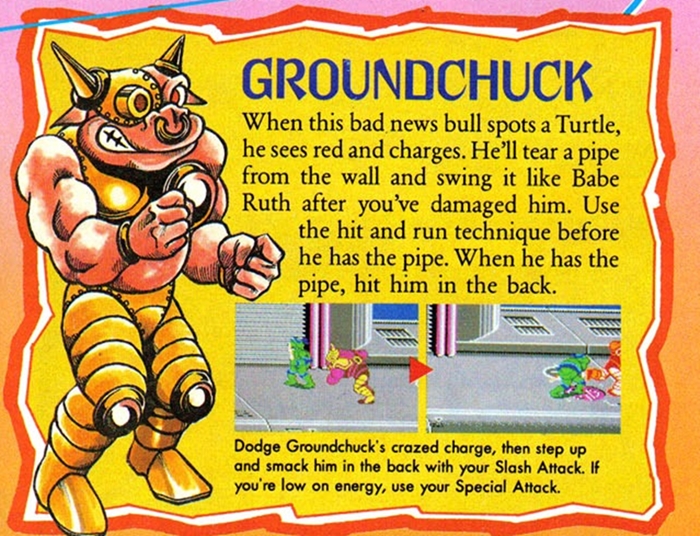 The Nintendo Power Magazine has some interesting art where they do their own thing. Groundchuck seems to have been mostly translated well across different TMNT media.

A *possible* early concept that *may* have been reworked into Groundchuk is this Evil Mutant Bull concept art that appears along with Mondo, Ray Fillet and Scumbug in an out of print Mirage era zine. 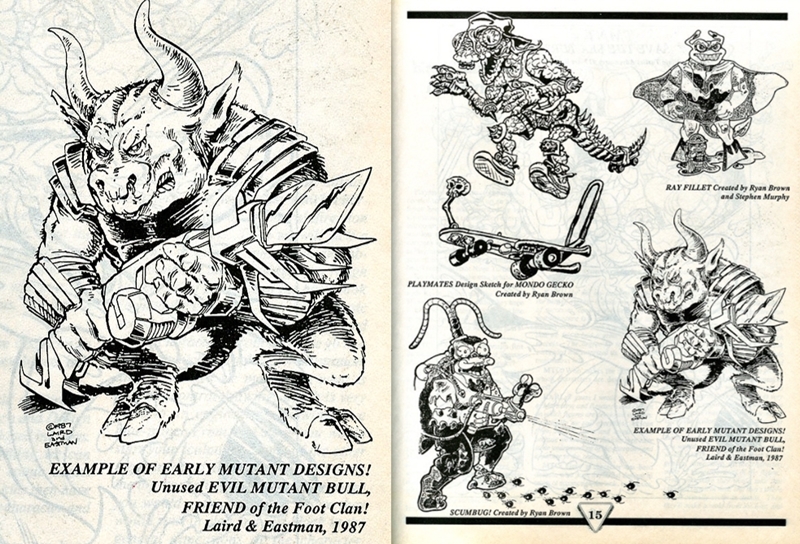 Another sketch this time by David Arshwasky (again appearing in an out of print zine) shows Groundchuck (formerly Bullseye) with more rendered detail and is a very nice piece. The earlier name explains the yellow targets on his chest and leg that made it into his final version.

Groundchuck is a really neat character design and one of my all time favorites in the TMNT vintage toy line, I am very grateful to add him to my collection after all these years.

Groundchuck TMNT III game screen caps from World of Longplays, game footage captured and played by Ravenlord  (no, I did not have time to play up to that point to get a screen cap myself!)

The Darkest Night of All: Batman METAL and Dark Knight III